i only now felt the urge to watch it because leonard was in it.

but then i became completely intrigued by the story after talking about it with shannon.

we’re about to talk through this film, so if you’ve not seen it yet and you feel like you want to, continue at your own risk.

i can relate to the idea of adventure. the idea that routine life can sometimes transform us into a robotic person. i can understand the need to venture out and discover who you are in the simplicity of me + nature.

but while sometimes i have leanings of extremism, my own character tends toward short term adventure. and lots of it. so the idea of living off the land in nowhere alaska, with little to no skills, only a love of literature and the pursuit of self… it’s a romantic notion. but it’s also very presumptuous, borderline self-indulgent.

coming from an adventurer, that sounds judgmental and honestly, a little strange. but hearing chris mccandless’ story i saw through the romance and often found myself asking ‘how does he think he’s going to survive out there with just a pair of jeans, some hiking boots and a machete? does he even know how to shoot a gun? this is so crazy!’

he was resourceful to a degree. he was book smart and used his educational wisdom to get through some battles in his wild. 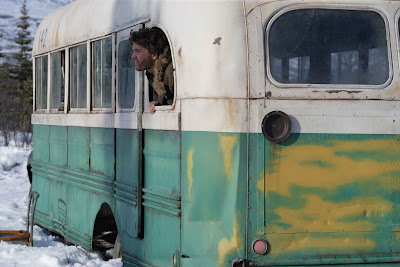 there were moments when i understood his sense of peace for being alone. in the quiet. in the wild. but i understood more the moments where he needed human connection. he had proved he could hoof it. he could survive without money. he didn’t need people’s help to get him from place to place.

whether he would admit it or not, he was lonely. spending 2 weeks on a self-actualization adventure is one thing. but spending 2 years alone would have anyone talking to bloody volleyballs and organic apples. 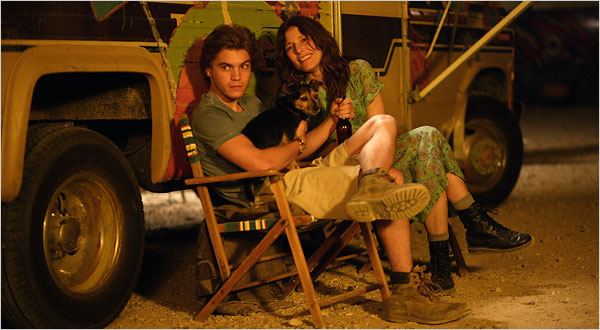 it was these moments when i related to his adventure more than anything. the rush of meeting new people and discovering why you were placed in each others’ paths. the joy of community. the sense of belonging. of family. of love.

seeing leonard made me weep. hearing him talk again about his trees and how God loves us. i wept. and i watched that 2 minutes of the movie 3 times after it was over because my heart hurt so bad from the rest of it that i just wanted to feel hopeful again. leonard knight. seriously the most precious man ever…
anyhow. back to the point. what made this film/story so heartbreaking to me is the fact that chris missed the story that was happening around him. he had one goal. alaska. the wild. conquer nature. leave society.

but what i watched unfold was the story of someone who had opportunities to get involved in a life that was introducing itself to him at every turn. he was meeting people that loved him instantly and were willing to do major things for him at their own expense. he was shown love in the simplest form. yet still he had a goal. what if all those people had been signs that he was made for something else? that these people were put into his life not only to be part of this adventure, but to introduce him to his next adventure? and not an adventure of the alaskan wild. what if?

(here)
it made me think about how often we’re focused on OUR goals. how we will stop at nothing to realize a goal or a dream or an idea of what our life should look like. how we fail to live in the beauty that is the chaos of life.

i picture life like a river sometimes. it’s calm most of the time. but often we hit serious rapids. sometimes they are unexpected. sometimes they appear from around a sharp bend and there’s no way for us to know they’re coming. and sometimes we find ourselves fighting hard against the current. sometimes we embrace the rush and flow with the river.

i’ve been thinking a lot lately on the idea that life is made up of moments. good ones. bad ones. tough ones. easy ones. painful ones. healing ones. magical ones. but they’re all beautiful. if we’re able to see it. i think God places us in particular situations and it’s up to us to figure out the why’s and the what’s next. literally to move with the wind. with the moments.

this image hurts my heart. because it feels like the realization that he expected a different outcome. he expected an adventure he could handle. he expected to live off the land. he did not expect the river to rise and the animals to disappear and the moose meat to be too much to handle. he didn’t expect to be trapped. and to be as lonely as he was. 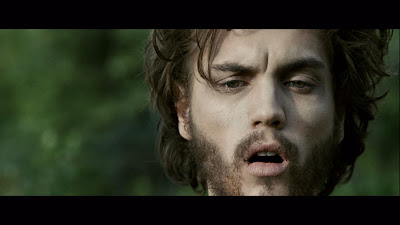 this is just one idea. i may be wrong. maybe this was what his story was meant to be. maybe it all played out like it should have. but maybe he was meant for more. i don’t know. regardless, God is using his story the way it happened. He used it to get me thinking. and i know i’m not alone in that: pilgrimage

at one point in the film chris says to ron

‘i will miss you too, but you are wrong if you think that the joy of life comes principally from the joy of human relationships. God’s place is all around us, it is in everything and in anything we can experience. people just need to change the way they look at things.’

but at the end. when he knows he is about to die. he writes, in pained and labored penmanship:

‘happiness only real when shared.’

One thought on “my shadow lays with me”